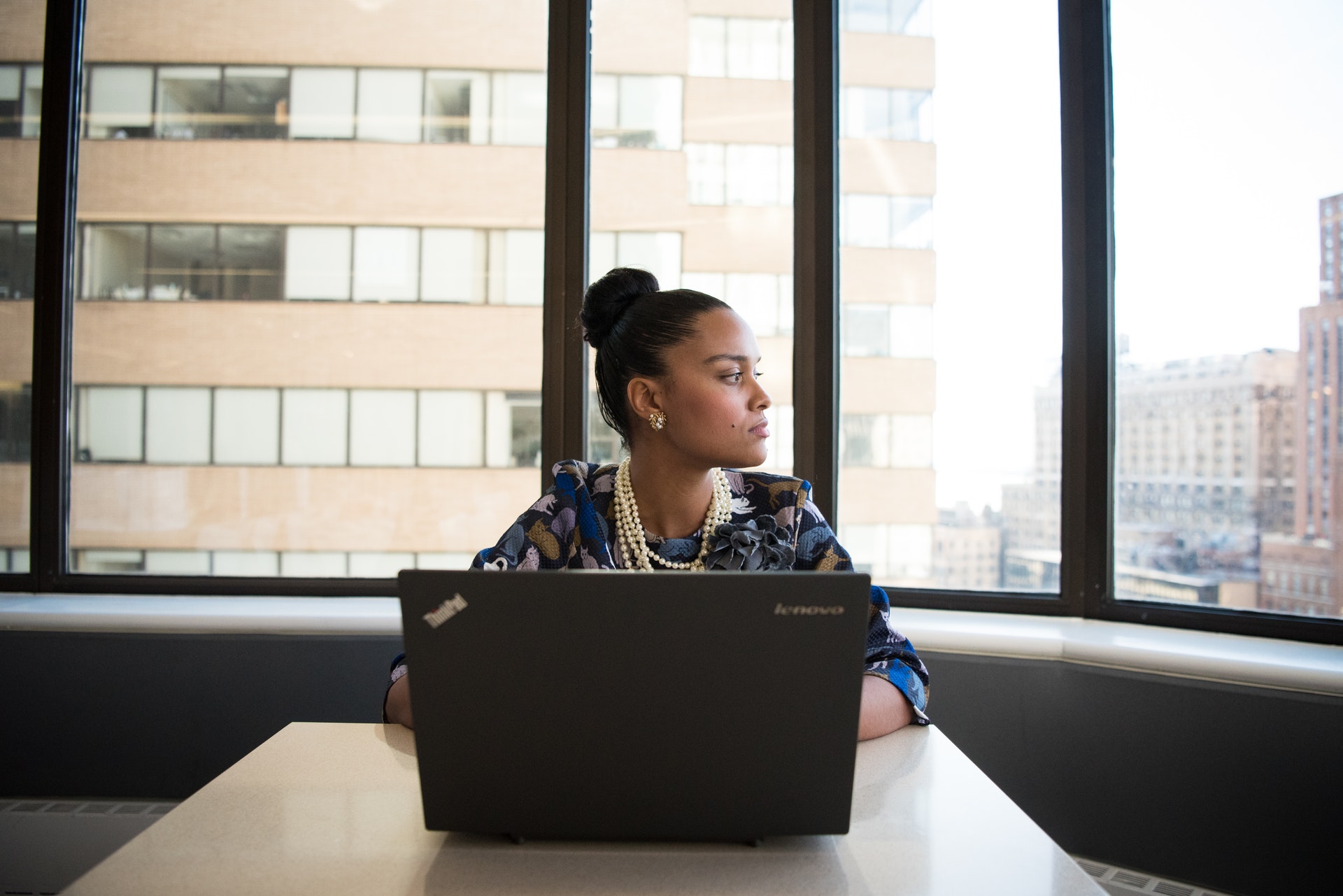 “Of course motivation is not permanent. But then, neither is bathing; but it is something you should do on a regular basis.” ― Zig Ziglar

Michael, a husband and a father of two and in his early fifties, was a logistics manager at a frozen foods company.

He made enough to provide for his family, and by all accounts, they were doing alright…

… but he knew he could do MORE.

He’d been dreaming of making it out of his job and starting his own business. And on top of that, he wanted to lose weight.

His doctor told him was about 40 pounds overweight, and he needed to trim down. So he set out to get up earlier in the morning to make time for himself and work on his dreams.

He’d get up at 5:30 am to exercise, have a light breakfast and do some research on his business.

For the first month and a half, he stuck to his new routine. It felt empowering; Michael was motivated to get out of bed to get a jump start on his day.

What he didn’t expect, however, was that he’d run out of steam. As the weeks went on, Michael felt worn out by the grind.

And little by little, his motivation slowly drained away. Instead of bolting out of bed, he went back to hitting the snooze button to get “five more minutes.”

But it stretched out to an hour, and just like that, he went back to his old ways.

Michael didn’t know what was happening to him.

Why was he so pumped when he started out – only to be so demotivated shortly after?

So, he looked into the topic of motivation to understand what was going on. Michael realized that motivation is a finite resource.

It was up to him to find ways to sustain that drive and keep going. After that, Michael got back on the old horse and gave it another shot.

Michael managed to find a way to deal with the ebb and flow of motivation he felt throughout the week. Whenever he was running on empty, he knew how to fill his tank again. 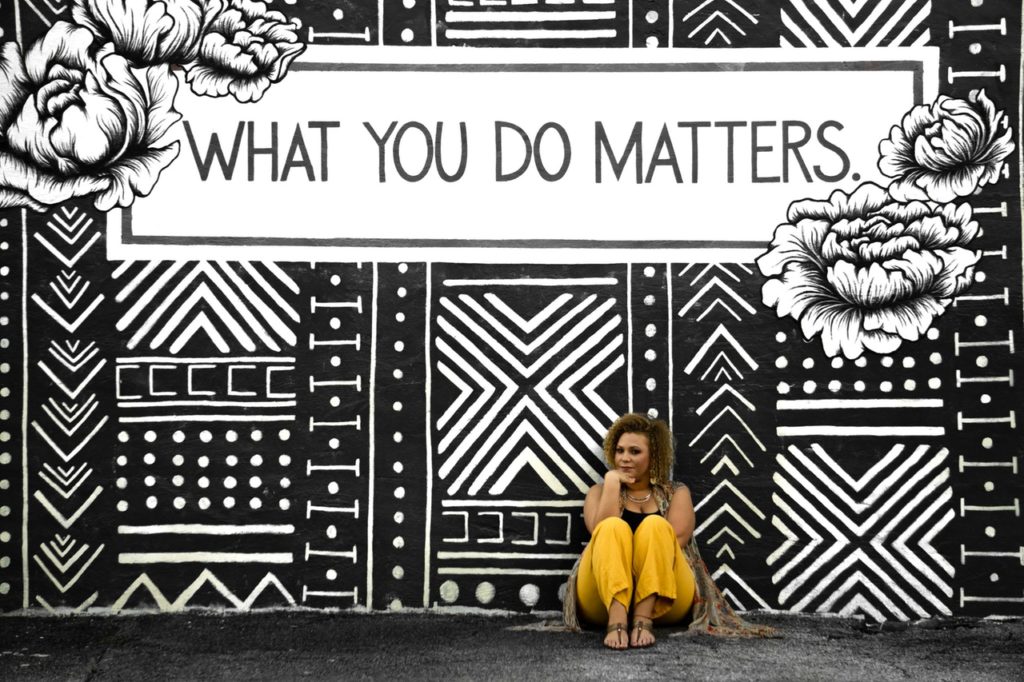 What Really Drives You?

Motivation can be elusive for a lot of people. As much as we’d like to have that feeling on tap, it just seems to dry up every now and then.

Motivation can make a massive impact on your life. Without it, it’s way harder to accomplish your goals and make your dreams happen.

A study from a network of universities in Spain shows that the neurochemical dopamine plays a crucial role in motivation. Dopamine used to be only associated with positive emotions, but as it turns out, it also affects your desire to get things done.

What happens is that this hormone fires in the brain while anticipating a desired outcome. This, in turn, can motivate a person to make that outcome happen.

In another study, scientists found that rats were more likely to go through obstacles to get to some food if they had higher levels of dopamine.

This shows that the feeling of motivation is something that comes from inside us. However, there are also external factors to consider.

And if you can put these together, you’ll create a healthy cycle. With that, let’s a look at how you can inject more motivation into your life: 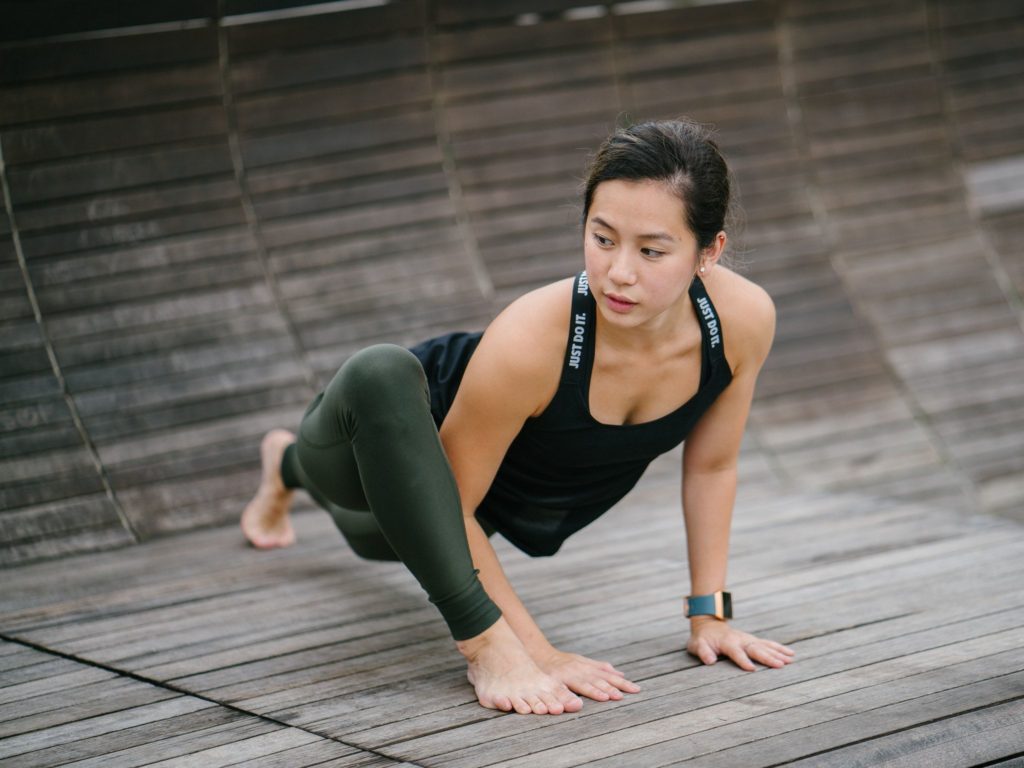 Physical activity is one way you can directly influence your brain chemistry and set the stage for feeling motivated.

Exercise is a great way to trigger the release of feel-good hormones. Aside from dopamine, there’s also serotonin, adrenaline, and endorphins that can put you in a state of post-workout bliss.

Don’t underestimate the link between your overall health and mental well-being. These have a direct effect on your level of motivation, so make the time for cardio and other related activities.

But you don’t need to have an elaborate workout routine or splurge on fancy equipment and a gym membership. You can sweat it out on a budget by going on YouTube and making a playlist of basic exercises.

Talking walks is also incredibly beneficial, too. And best of all, you can spend as little as 15-30 minutes a day doing this.

As you keep up this routine, you’ll feel better about yourself and feel motivated to do more. Suddenly, you’ll find the time for longer workouts and start doing other exercises as well.

Try doing it with other activities like watching TV or listening to an inspiring podcast. Also, you can do it during your work breaks to stay energized throughout the day.

Starting with baby steps makes it less overwhelming to get into this habit. Ease yourself into it, and you’re more likely to build traction and stick to it. 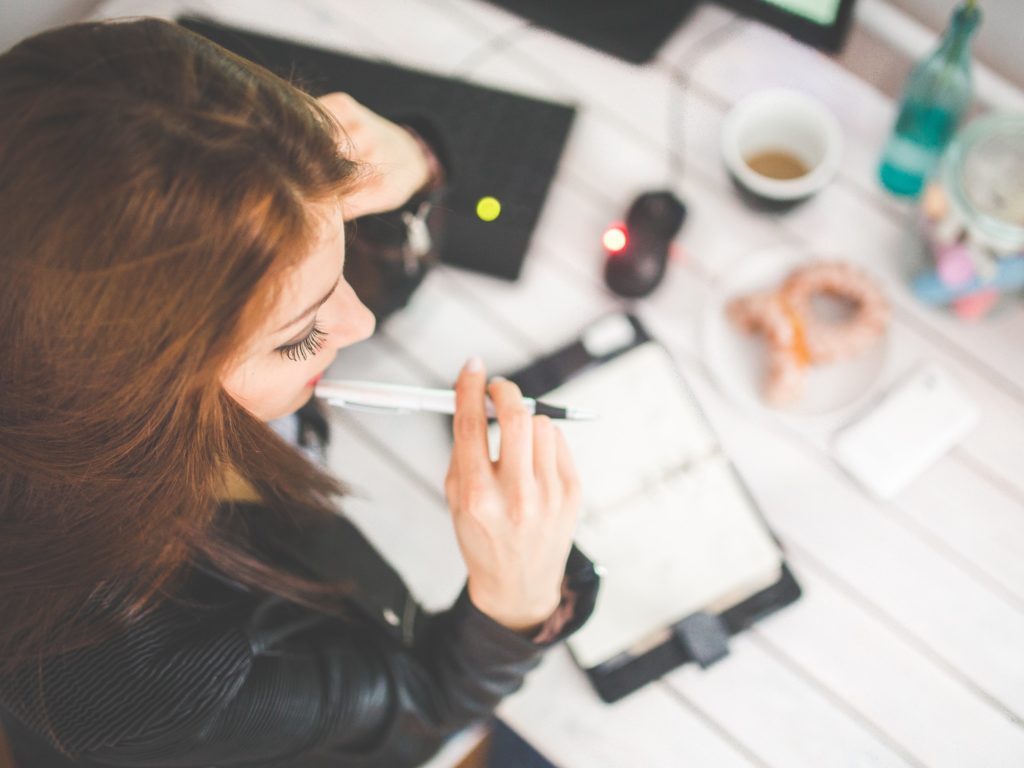 Another way to light that fire inside you is by looking to other people who have the level of success you want. Study their process and the steps they took to get where they are today.

Chances are they have a book, video blog, podcast or some other medium where they teach other people to follow in their footsteps. Reading about their accomplishments and learning their story is an external source of motivation you can internalize.

Research from the American Psychological Association (APA) uncovered a phenomenon where you can create what they call “intrinsic rewards” by observing other people.

When you see someone enjoying what they do, that feeling is almost contagious. So in a way, these people can actually pass their motivation onto YOU. 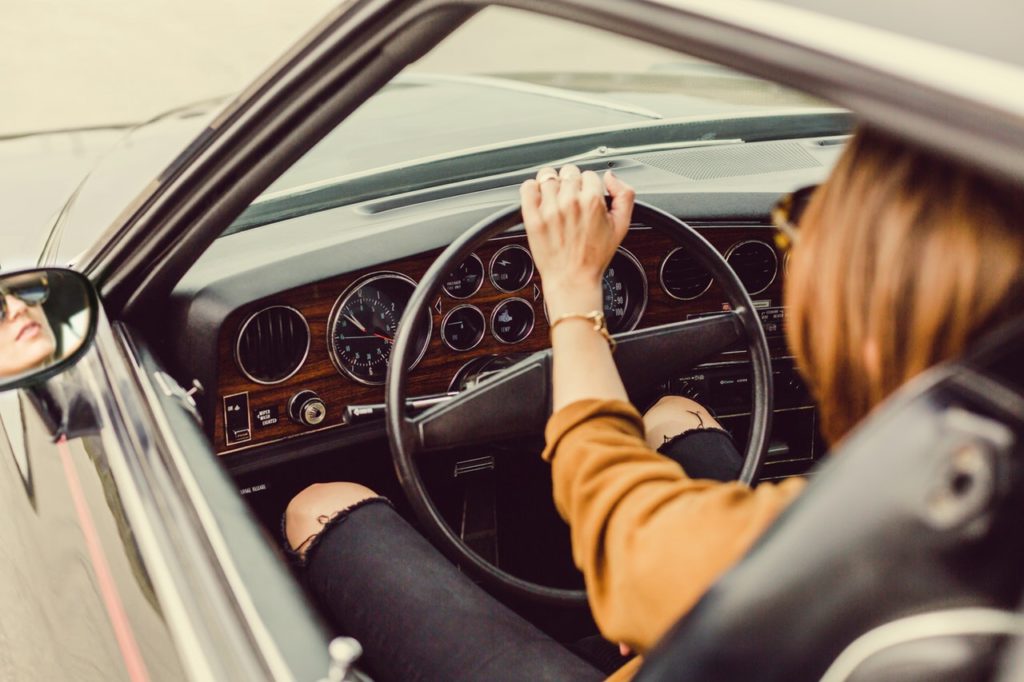 Studies also show that the more you feel in control of a task or project, the more motivated you’ll be to see it through. On the contrary, feeling forced to do something drains your energy to get it done.

Most people don’t realize they act like their own boss and crack the whip on themselves. Not only is this approach demoralizing, but it’s also incredibly demotivating.

Instead, try this little exercise:

Imagine negotiating with yourself, like a worker would with his or her boss. Discuss the things you need to get done today or this week and figure out what you’d get out of it.

In this dialogue, start off by telling yourself, “Ok, so you need to come up with five business ideas today and choose the best one. Also, you need to do cardio for 15 minutes, either in the morning or afternoon.”

Then you’d say, “Ok, but if I do that, I get to watch an hour of Netflix or catch up on my book… whichever I feel like doing later.”

After you’ve gone back and forth and worked out the terms, you can shake on it and get to work.

By giving yourself options to choose from, you’ll feel more empowered – which, of course, boosts your motivation in the process. 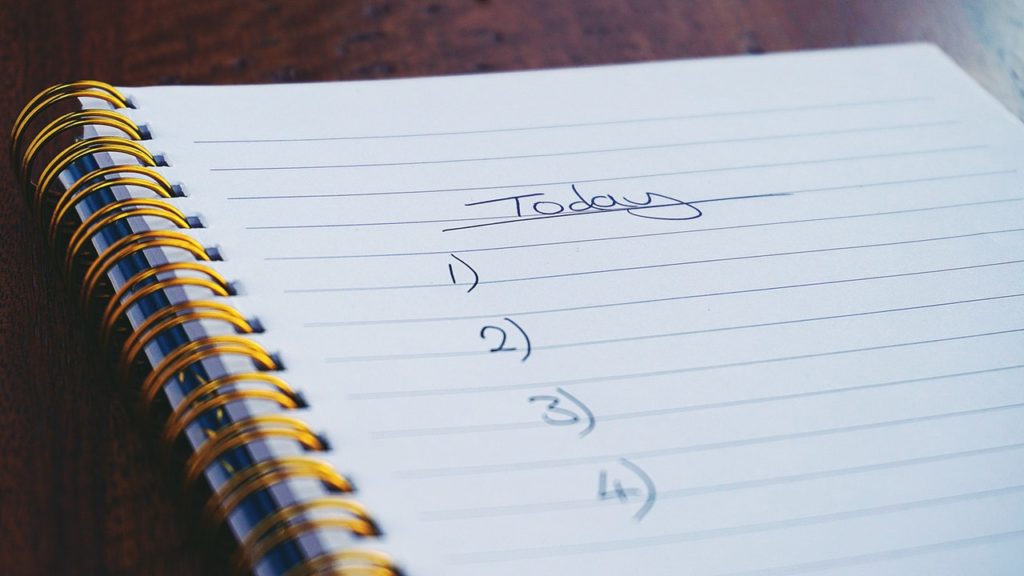 #4: Get Real With Your Goals

Further research from the APA shows that you have a higher chance of getting work done (by up to 90 percent, in fact) by breaking down your big goals into smaller, specific tasks.

By quantifying your goals with a specific metric (e.g., do 30 pushups and 10 burpees in 30 minutes), it feels more concrete and doable. Once you have these mini-goals in place, you can start tackling them one by one.

Write your big goals, then make a list of related tasks under each one. Do this a day in advance (like the night before) so you can hit the ground running first thing in the morning.

Then as you chip away significant chunks from your overall goal, the more motivated you’ll feel.

Every time you accomplish one of these smaller, specific goals, you’ll be rewarded with a small dose of dopamine. This will give you the push you need to keep going until you’ve cleared all of your tasks. 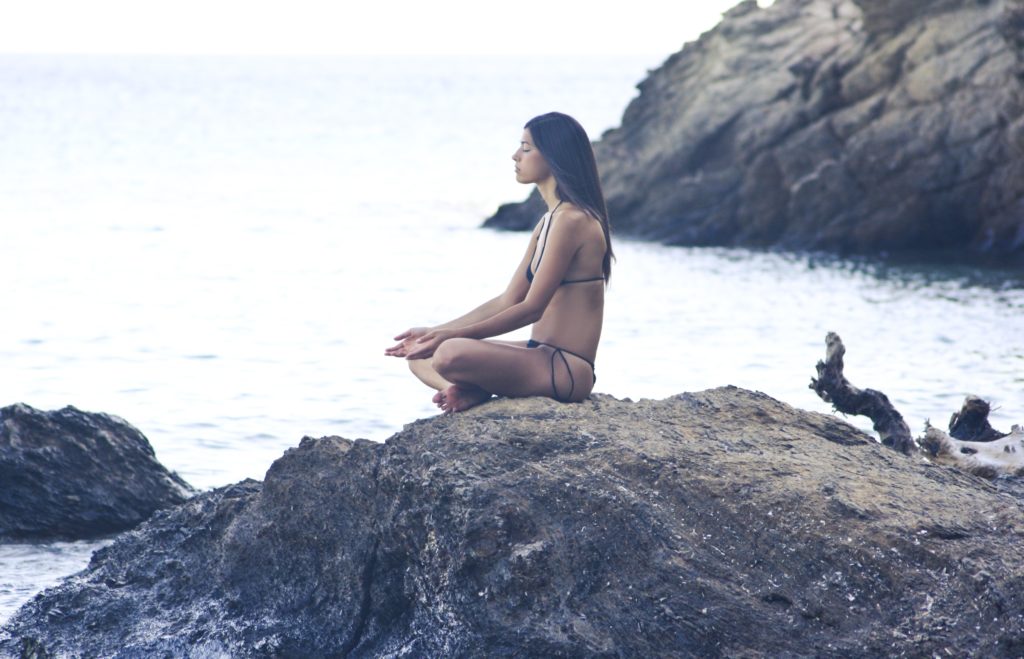 While it’s crucial to get motivation from accomplishing your goals, it’s also helpful to give yourself a dopamine boost before getting started.

As such, you’ll find that it’s hugely beneficial to develop the habit of creating a vivid picture of your desired outcome. Spend about 5-10 minutes every day visualizing yourself enjoying your dream life as if it’s happening now.

Like we discussed earlier, rats are more motivated to overcome those obstacles just by anticipating the reward for doing it. In the same way, thinking about the results of your hard work will release neurochemicals that will get you pumped for the task ahead.

Think about what it would FEEL like to finally get your big goals done. Imagine the people in your life congratulating you and complimenting you on your efforts.

When you know exactly what’s waiting for you on the other side, you’ll suddenly lose all the excuses that were holding you back. 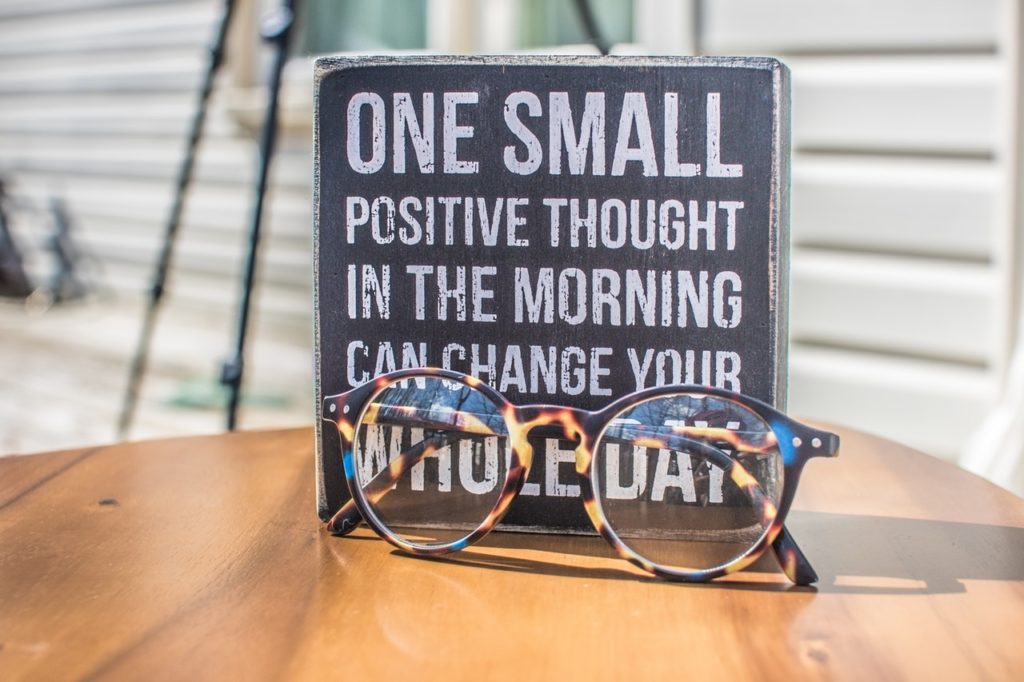 #6: Positivity In, Negativity Out

Your beliefs also have a great deal to do with being motivated. Perception is a dominant force, and it can dictate the very course of your life.

Aside from visualizing the outcome, giving yourself the right beliefs is also an effective way to design your reality.

Affirmations are an excellent way to do this. These are statements you can repeat to yourself so you can rewireyour belief system.

A lot of people operate on destructive beliefs because of bad experiences from the past. As a result, they go around carrying labels like “loser,” “hopeless case” and “damaged.”

… but undermine everything you do every step of the way. 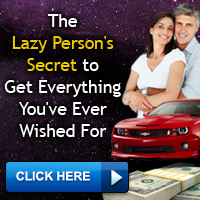